Shannon Dawson is a podcaster, former radio host, and digital content writer based in New York City. She’s previously penned for sites including Power 96.5 FM in Lansing, Michigan, and WGCI Chicago for over five years. Shannon joined the iOne team in 2020 as a staff writer for MadameNoire, Bossip, HelloBeautiful, and NewsOne writing about a number of topics from pop culture and entertainment to music and news. When she isn’t writing, you can find Shannon heavily immersed in New York’s music scene as a full-time DJ. 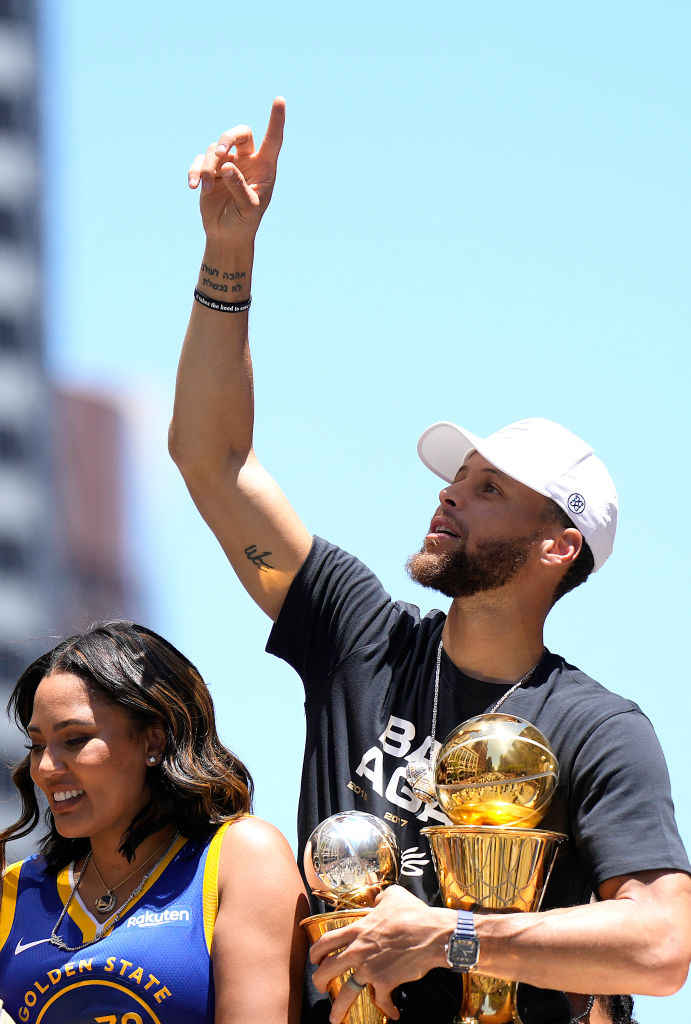 Ayesha Curry was the life of the party on Monday.

Several videos posted to social media from the event captured the restauranteur grinding and twerking up against her husband Steph Curry, who helped the Warriors secure their big victory and his fourth NBA title.

In One video, Steph could be seen clinching the team’s gigantic NBA trophy as he danced alongside his wife.

Another video from the celebration appeared to show Ayesha cheering her hubby on as he drank tequila from a bottle.

Prior to the celebration, Ayesha turned heads at the Warriors parade where she was spotted wearing a curve-hugging dress made from Steph’s NBA jersey.

Fans online praised “The Seasoned Life” author for pulling off the cute ensemble.

“Goals wrote,” one fan, while another chimed in, “So cute.”

Steph’s big NBA victory came just in time for Father’s Day weekend, and on Sunday, the Domaine Curry Wine founder took to Instagram to share a sweet message to her husband of 10 years.

“Happy Father’s Day my love !!! You are an angel on earth and we love you beyond measure! @ stephencurry30, ”Ayesha captioned a photo of herself hugged up close alongside Steph and their three children: son Canon W. Jack, 3, and daughters Ryan Carson, 6, and Riley, 9.

Steph and Ayesha have been inseparable since they fell in love with one another in high school. The couple has been married since July 30, 2011.

In February, the Currys opened up to Access HollywoodZuri Hall’s how about they keep their romance “spicy” after years of wedded bliss.

“For us, it’s just not forgetting to date each other, make the time to get dressed up and go out and do all the things. That’s what keeps it spicy, “Ayesha told the media outlet.

Steph echoed a similar sentiment. “I’m just hanging out and admiring you and seeing how beautiful she looks,” the basketball star said while referencing Ayesha’s stunning 2021 Met Gala look. “If you keep it spicy like that, then I think that’s how we got ten years and hopefully ten years more.”