Avalanche’s Nathan MacKinnon out with upper-body injury, no timeline set for return

Home /Sports/Avalanche’s Nathan MacKinnon out with upper-body injury, no timeline set for return 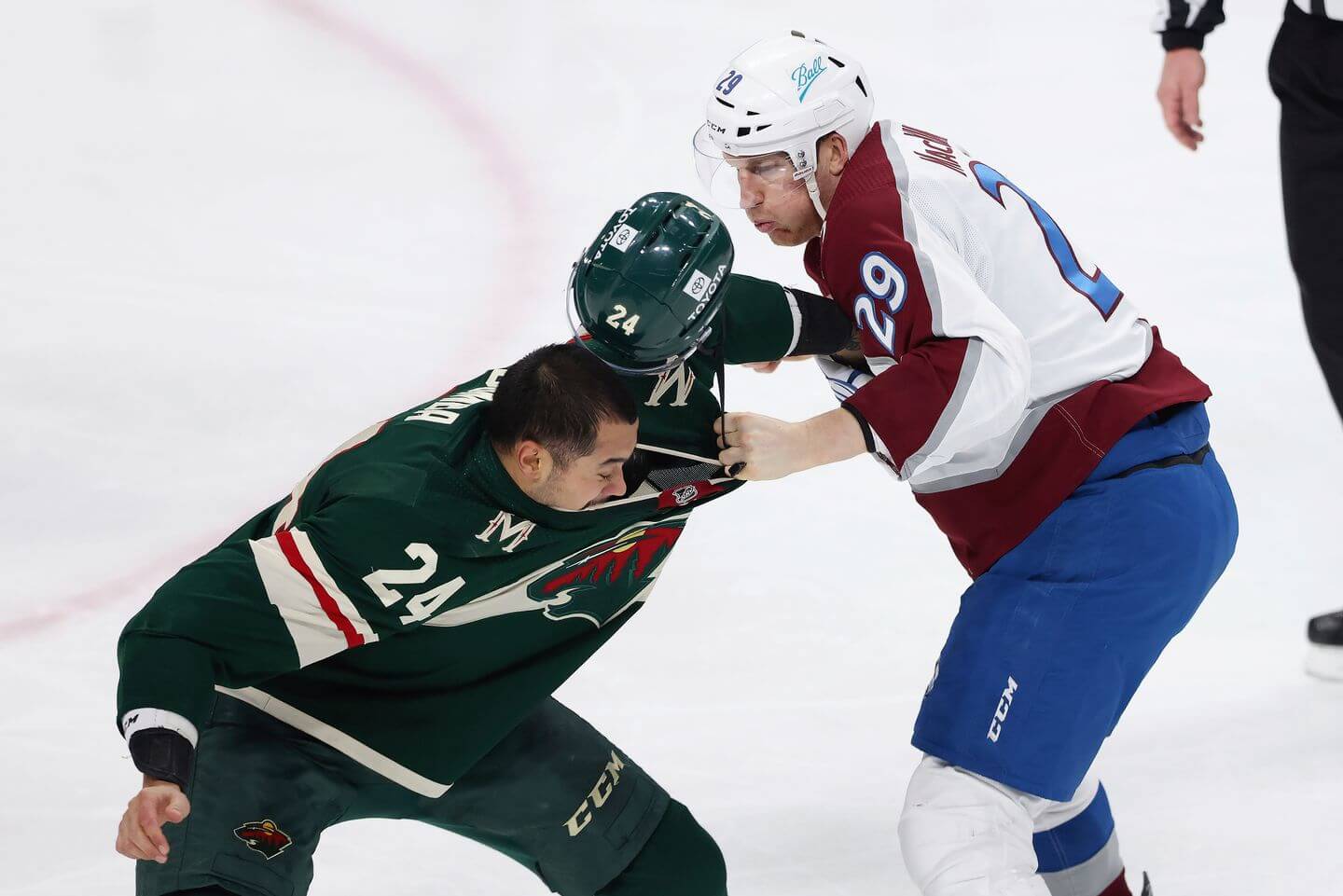 Colorado Avalanche star Nathan MacKinnon is out with an upper-body injury no timeline for his return, coach Jared Bednar said Tuesday. He added that “it’s possible” The injury was sustained in MacKinnon’s fight with Matt Dumba on Sunday.

Bednar noted that the level of concern around MacKinnon’s injury is “high.” The three-time Hart Trophy finalist left the Avalanche in advance of their Tuesday night game in Calgary to return to Denver for further evaluation.

MacKinnon’s fight with Dumba came at the 5:46 mark of the third period in Sunday’s 3-2 Wild overtime win. MacKinnon returned after he served his 5-minute major for fighting.

The fight occurred after Dumba put a big hit on Avalance forward Mikko Rantanen. MacKinnon has 70 points in 51 games and his 1.37 points per game rank sixth in the NHL and first among Avalanche players. Colorado’s 96 points are first in the NHL and their .742 points percentage is also tops in the league.

The team has been without captain Gabriel Landeskog since March 10 because of a knee injury, but he’s expected to return before the playoffs.