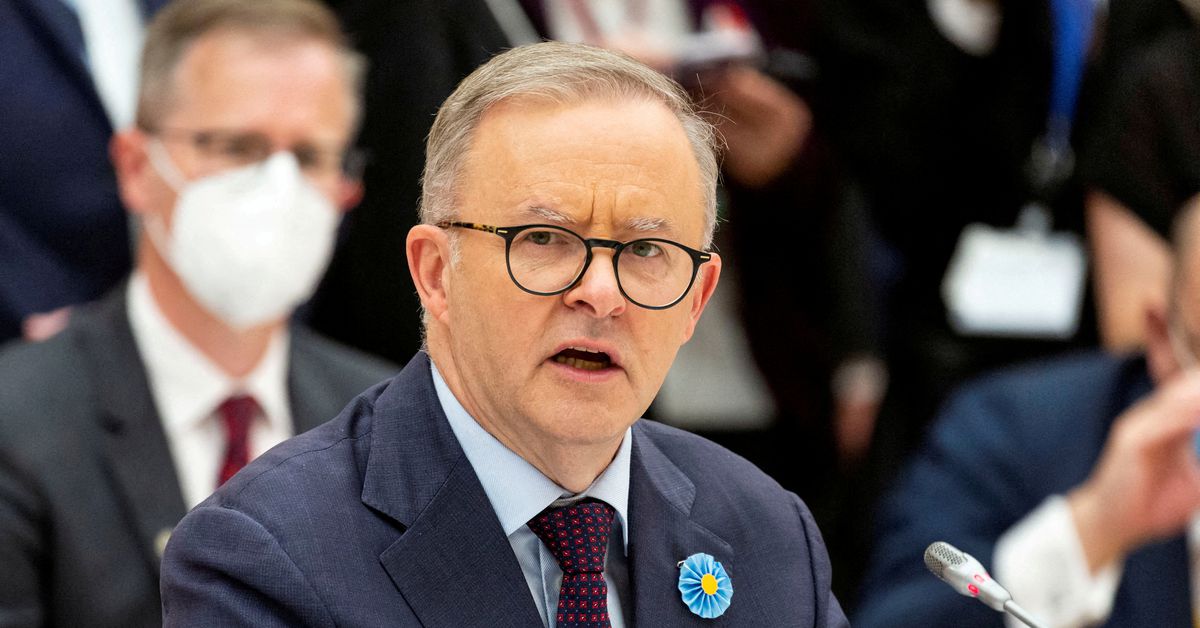 “The intercept resulted in a dangerous maneuver which posed a safety threat to the P-8 aircraft and its crew,” it said.

Prime Minister Anthony Albanese told reporters in Perth that his government had expressed concerns to China “through appropriate channels”.

China’s foreign ministry in Beijing and its embassy in Australia did not respond to requests for comment outside business hours.

Defense Minister Richard Marles said the Chinese jet flew very close in front of the RAAF aircraft and released a “bundle of chaff” containing small pieces of aluminum that were ingested into the Australian aircraft’s engine.

“Quite obviously this is very dangerous,” Marles told ABC television.

Australia has previously joined the United States in stating that China’s claims around contested islands in the South China Sea do not comply with international law.

Defense said for decades it had undertaken maritime surveillance in the region and “does so in accordance with international law, exercising the right to freedom of navigation and overflight in international waters and airspace”.

Relations between Australia and China, major trading partners, have been strained recently over growing Chinese influence in the Pacific after China sought a regional security deal with Pacific Island nations. read more

Also in May, a Chinese intelligence ship was tracked off Australia’s west coast within 50 nautical miles of a sensitive defense facility, which is used by Australian, US and allied submarines. read more

In February, China and Australia traded barbs over an incident in which Australia said one of its maritime patrol aircraft detected a laser directed at it from a People’s Liberation Army Navy vessel. read more

Ernesto Castro
Goldman Sachs President Warns of ‘Unprecedented’ Economic Shocks and Tougher Times Ahead – Economics Bitcoin News
‘Hee Haw’ Ended 30 Years Ago: What Did Its Stars Do Next?