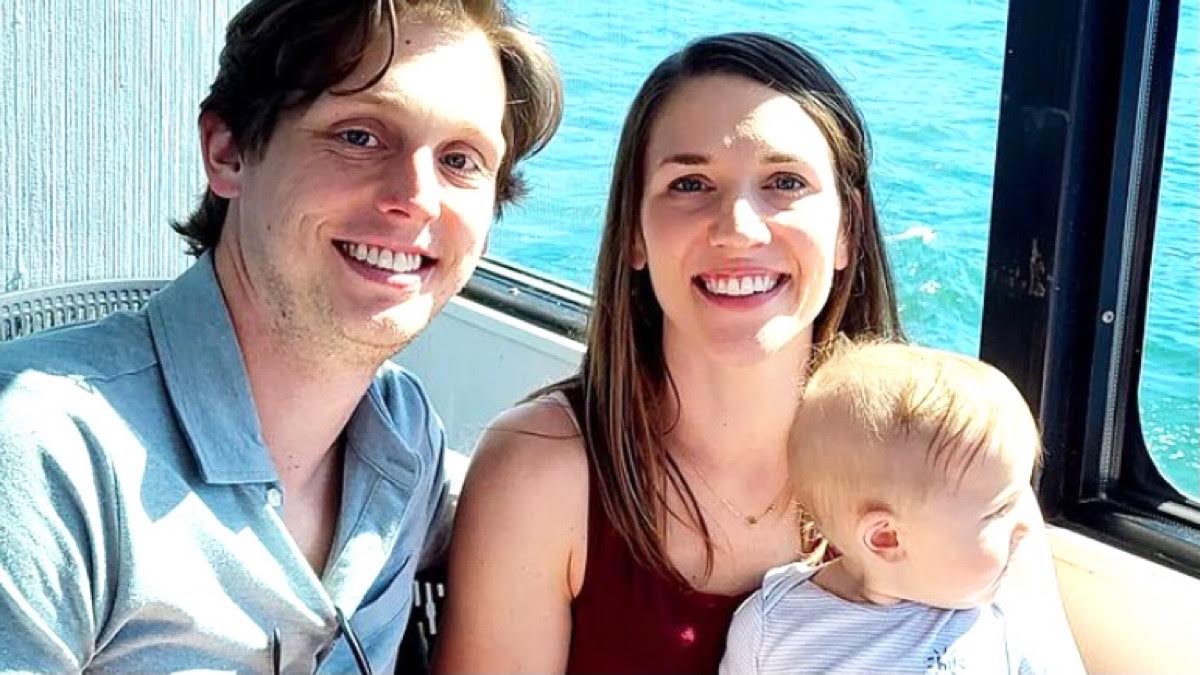 Jessica gave birth to their son Westin in late 2021 and the Married at First Sight Season 10 couple has been loving being parents.

Austin Hurd took to Instagram to share photos from his eventual first Father’s Day that included sports and superhero shirts.

In the first two photos of Austin’s post, the MAFS dad posed on the grass while holding his sweet son in his arms.

Austin’s final photo showed him smiling at the camera with sunglasses as he and Westin attended a baseball game. Westin adorably attempted to hold two baseballs in his tiny hands.

Reflecting the generations of fathers, Austin’s dad was also in the baseball photo and wore a hat that read “pappy.”

Austin captioned the post, “My first father’s day! Great day with my son and dad at a baseball game. ”

Jessica Studer suggests Austin Hurd is the best dad ever

Jessica Studer shared a post dedicated to Austin on Father’s Day and gushed about what a great dad he is.

The post included a slideshow of photos and video between Austin and Westin, showing off the pair’s special bond.

Jessica captioned the post, “Happy first Father’s day Austin! You are so kind, patient, loving, silly, and fun with Westin. You are a true partner in this parenting journey and we are so lucky to have you🥰. As the card says “if the badge fits wear it” #bestdadever. ”

Austin and Jessica have come a long way since marrying as strangers on Married at First Sight Season 10, and their family had previously expanded with their young son.