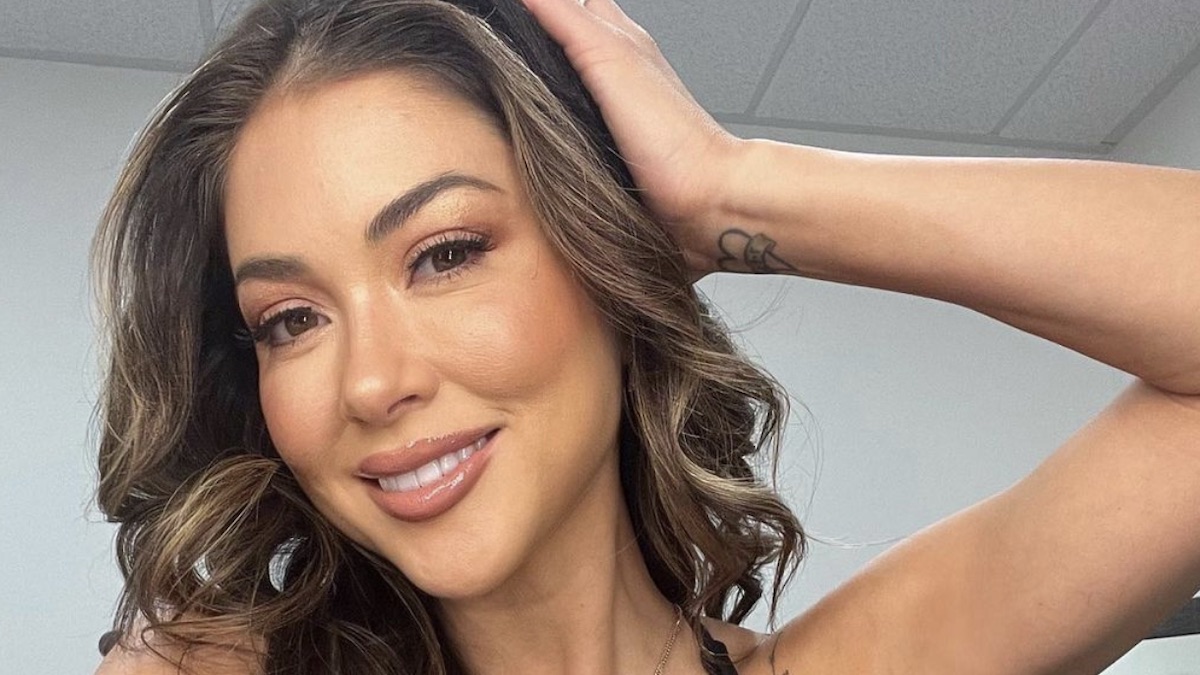 UFC Octagon girl Arianny Celeste showed off another scorching hot bikini look as she recently shared an image to her social media following featuring flowers and a gorgeous two-piece swimsuit.

The MMA model and mother of Raiden Beckham received plenty of love for her photo, which arrived just a day before she was scheduled to attend UFC Fight Night.

She’d share a clip from the big event in Austin, Texas, which featured her good friend and fellow Octagon girl, Brittney Palmer.

On Friday, Arianny Celeste dropped her latest visuals on Instagram for her 3.2 million followers. The new photo series featured Arianny posing with beautiful vegetation behind her as she wore a lavender string bikini with a butterfly print sarong wrapped around her waist.

Based on the first image in her set, Arianny is also rocking some white boots for the photo shoot. The second picture provides a closeup as she rests the flowers against her head and tugs down on her sarong.

Arianny didn’t reveal the makers of her stunning bikini but tagged her photographer and makeup artist, as well as Girlfriend Box, a company she started that provides curated designer-style jewelry which people can schedule to send as gifts. In her photo, she’s wearing several beautiful necklaces hanging down around her neck.

“Flowers blossom where she walks 🌸,” Arianny wrote in her caption, directing individuals to her exclusive content website, which redirects to her OnlyFans.

The latest content share was a hit for the UFC Octagon star, as Arianny pulled in over 11,000 Likes and 200-plus comments in admiration of her bikini images.

Following her lavender bikini share, Arianny shared a series of images from Austin, Texas, where she and fellow Octagon girls Brittney Palmer and Brookliyn Wren dined together. Arianny also displayed her white boots and the hashtag “#bootsaremadeforwalking.”

Arianny donned her black UFC Octagon girl outfit for the event and shared a video as she sat near the Octagon with her close friend Brittney Palmer and their fellow Octagon girl, Brookliyn Wren.

Arianny, 36, has been working with the UFC as an Octagon girl since 2006. She took a leave from the job when she became pregnant several years ago and made her big return at UFC 256 in December 2020, just three months after giving birth to her son Raiden Beckham.

The brunette beauty’s popularity is apparent, as she’s won Ring Girl of the Year a record five times, according to USA Today’s MMA Junkie.

UFC’s latest Fight Night in Austin, Texas, was presented to viewers on the ESPN + streaming platform. Next week, UFC on ESPN: Tsarukyan vs. Gamrot will take place in Enterprise, Nevada.