Are the Isles and Kevin Fiala a trade fit? A look at the style, fit, asset cost and more 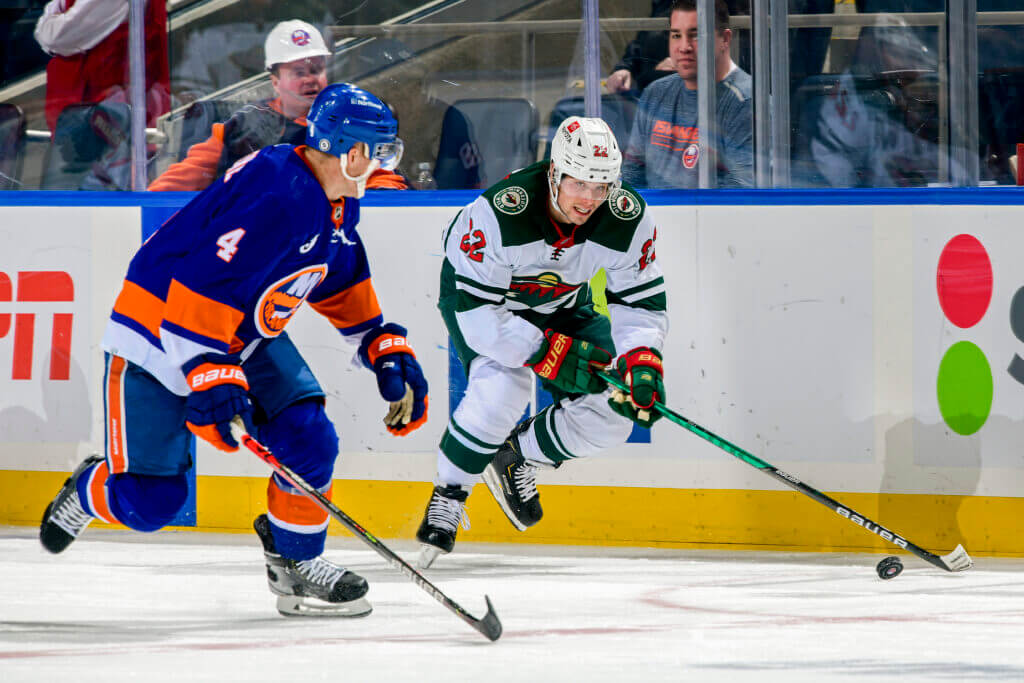 For the past several months, as their team was putting together its best regular season in the history of the franchise, Wild fans had one persistent question. How could Minnesota, in salary-cap hell for the next several seasons after the buyouts of Zach Parise and Ryan Suter last summer, afford to keep emerging, point-producing winger and restricted-free-agent-to-be Kevin Fiala in the fold for the long term?

The answer now seems pretty clear. They probably won’t be able to manage it. It doesn’t take a whole lot of reading between the lines to conclude that both sides seem to have plainly indicated a breakup is imminent, and that means the teams that could use more firepower up front should probably make sure they have Wild general manager Bill Guerin’s cell phone number handy.

Perhaps the most interesting quote that Guerin has given in recent days about a potential Fiala deal is this: “I’m not in it to win a trade. I want fair value for what we’re about to give up, ”he said on colleague Michael Russo’s podcast. That, in essence, is what a hockey trade is – and what Islanders general manager Lou Lamoriello has been saying he would try to pull off ever since the team remained dormant at March’s NHL trade deadline.

Considering Lamoriello has been so forthcoming about his plans for altering the roster this summer, it’s even fair to wonder if he might already have the framework of a deal already in his pocket.

Fiala would seem like a good fit for the Islanders for a few different reasons, not the least of which is he is coming off of a career-high 33 goals and 85 points in 82 games last season. He was on the ice for 66 goals for at five-on-five and just 44 against, while his expected-goals percentage of 56.2 was fifth on the team. At age 25 (turning 26 in July), Fiala is also in the prime of his career and should have plenty of productive years ahead. The 5-foot-10, 198-pound native of Switzerland plays in all situations, too, even averaging about a minute of ice time per game on the penalty kill this season.

Teams around the league are surely aware of Guerin’s conundrum considering the raise Fiala has earned. They know the Wild can’t afford to keep him without surrendering someone else from their roster, like defenseman Matt Dumba, so it seems unlikely that this is a trade that the Wild will win, as Guerin indicated – at least not in the short term . The Wild will likely be targeting futures here because of their cap crunch, in the form of young players who could be on the cusp of taking the next step, as well as, in all likelihood, a first-round draft pick. They won’t be able to take on much money in return.

A little Saturday listening, my end of the year sitdown with #mnwild GM Bill Guerin on myriad subjects, from Fiala and Dumba to Fleury, Talbot, Rossi and much more https://t.co/NPFPW6Zdtc

Russo and Harman Dayal took a look recently at what players like Fiala have drawn in trades in the past. Sam Reinhart might be the closest comparison, in terms of offensive production and that he was a year away from being an RFA at the time he was dealt by the Sabers. In 445 career games through last season, Reinhart had 134 goals and 294 points. Through 413 career games, Fiala has 123 goals and 282 points.

Reinhart was shipped to Florida for the Panthers’ first-round pick (which ended up at No. 28) and highly regarded goalie prospect Devon Levi on June 24, 2021.

Would the Islanders be willing to offer something similar for Fiala? One would have to think that any potential trade between the two teams would start with the Islanders’ first-round pick in 2022. While the Islanders also have their 2023 first-rounder available to dangle, if I’m Guerin I’m asking for This year’s pick instead, considering that it’s likely to be the higher of the two at 13th.

But that, or the 2023 first-rounder, wouldn’t be enough to get it done. The Islanders would also have to throw in a young player or prospect.

Anthony Beauvillier would be a non-starter if only because of his 4.15 million salary-cap hit over the next two seasons. But what about Oliver Wahlstrom? The 21-year-old, a first-round pick in 2018, has one more year left on his entry-level deal, and although his 2021-22 season was disappointing, he’s still a player with all kinds of potential. Incidentally, Wahlstrom was taken by the Islanders in the draft in the same spot that Fiala was selected by Nashville in 2014, No. 11.

(Another coincidence, albeit more of an incidental one, is that while Wahlstrom was a frequent target of public criticism from then-coach Barry Trotz, Fiala was often the recipient of the same type of upbraiding from Wild coach Dean Evason).

So, the 13th pick and Wahlstrom for Fiala? Done deal?

“That’s too rich for me,” said one pro scout. “Would rather just keep those assets and go sign a UFA with the money you’re saving, instead.”

And maybe it wouldn’t take a Wahlstrom-type level prospect to get it done. After all, the Blues were able to pry Pavel Buchnevich from the Rangers for only depth winger Sammy Blais and a second-round pick on July 23, 2021, in another comparable trade for a scoring winger.

If the Islanders are cool with letting go of their first-round pick this summer, perhaps adding someone like Aatu Raty – a nice prospect, but not a slam-dunk NHLer – to the package would push it over the finish line. That’s arguably a pretty fair deal for both sides.

Or, if the Wild insist on a player like Wahlstrom who they could plug into the lineup right away – possible, considering they are still a solid team – perhaps a second- or third-round pick would suffice.

The return the Wild get will depend on how much demand there is for his services, of course. Our pro scout that shot down the Walhstrom-and-a-first for Fiala offered this evaluation of the winger and whether he might fit on Long Island:

“I like the player. I guess I have some hesitation regarding the acquisition cost, as well as what the AAV term on his next deal comes in at, ”he said. “(He) will expect his next contract to be a big one, I’d assume. When he’s on (he) can be a game-changer. I like that he commands the puck when on the ice. Can skate, very skilled, great shot, release. Hasn’t played with a true top-six center like that of (Mathew) Barzal, which could be exciting. “

He continued: “Certainly intrigued by the upside as a fairly young player still coming into his prime… and alongside Barzal.”

That possibility, of putting a winger like Fiala with a center like Barzal, is a big part of what makes this so intriguing from an Islanders point of view – especially considering that the centerman that Fiala spent the most time with this season, Frederick Gaudreau, isn’t a player in the same talent bracket as the 2018 Calder Trophy winner. Along with his dangerous shot, Fiala is particularly slippery around the front of the net, which is where so many of his goals came from this season. He only needs someone to get him the puck in those positions, and that’s something that Barzal can do well when he’s on his game.

According to CapFriendly, the Islanders have committed approximately $ 70.5 million to 18 roster players next season, and that includes just three established NHL defensemen. Noah Dobson and Kieffer Bellows are their two most notable restricted free agents, and Dobson, in particular, is in line for a sizable raise.

Still, this is an Islanders team that needs more scoring up front and needs to find someone that can mesh with Barzal. Fiala has the potential to check both of those boxes.