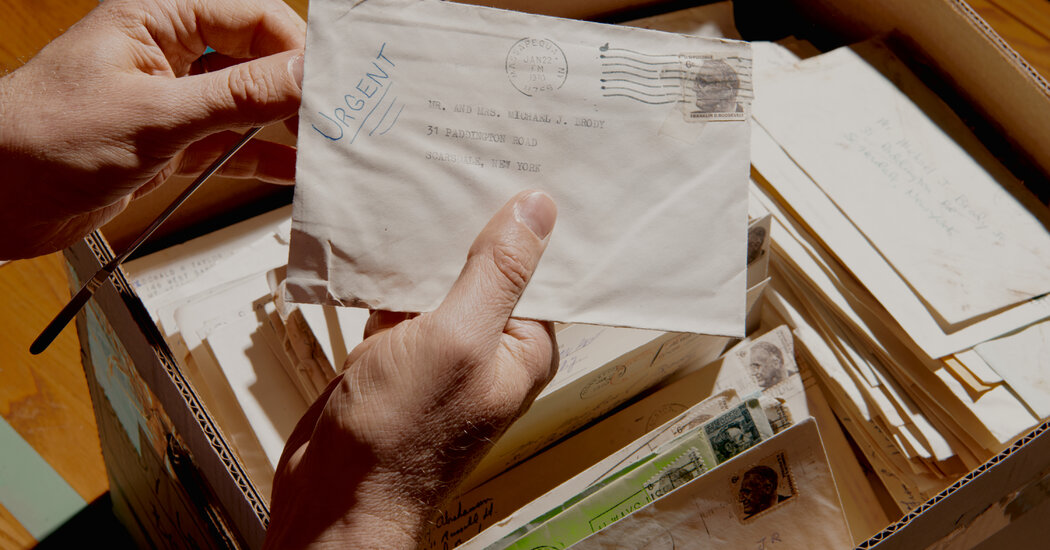 “They said, ‘We’re just looking for someone to believe in us enough,'” Maitland said. None of the films appear to have ever been made, he said, and the aspiring filmmakers, now all dead, left little other trace.

And then there were the sheer larks. Through a colleague, Maitland heard that the young Paul Stanley, the future guitarist of KISS, had written Brody a letter.

It remains to be seen how historians will use the vast trove – or how they will even know what to look for. For Jones, a scholar of the ’60s, the letters illustrate the paradox of an era defined in popular memory by a countercultural ethos that did not penetrate very deeply into society.

Brody, whom Jones described as “hyper-privileged,” had access to “all the most beautiful things, including this beautiful shiny idea that you could use wealth to solve literally all the problems of the world,” the curator said. “But what he got back, and what I sense shocked him, is how little of that had touched the lives of the vast majority of people.”

Donating the letters to an archive, the filmmakers said, was a goal from the beginning. Several archives were interested, but with a stipulation: If the letters were donated unopened, they would have to stay that way.

Jones said he could imagine getting interested parties together for “a letter-opening party,” to make a dent in the overwhelming pile. “But in the day-to-day use of the reading room,” he said, “we’ll need to take a more buttoned-down approach.”