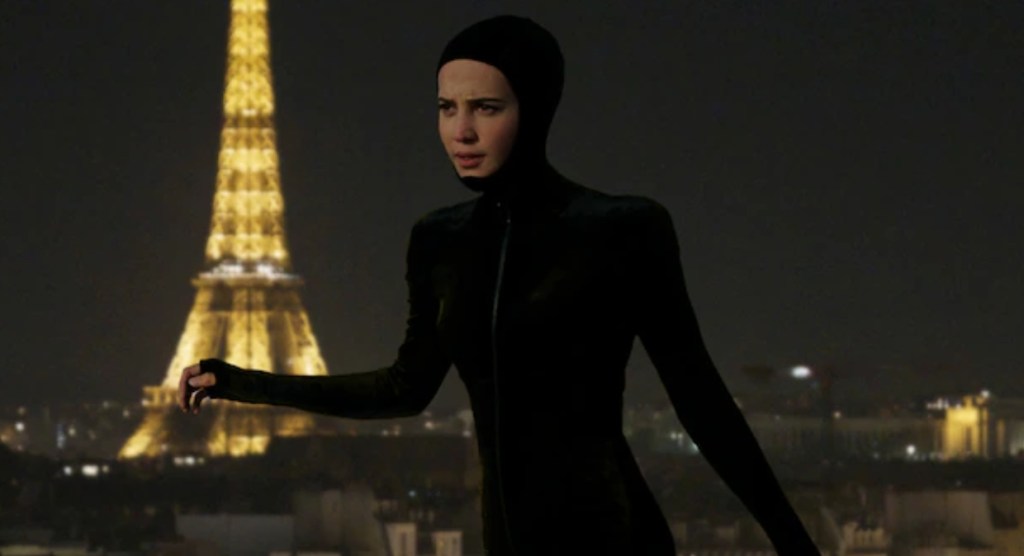 The trailer for A24 and HBO Max’s upcoming series Irma Vep dropped today, and there is a lot going on. The series is based on the 1996 French film of the same name and stars Ex Machina’s Alicia Vikander as Mira, a discouraged movie star who is tired of playing big-budget superhero roles. She travels to France to play Irma Vep (an anagram for “vampire” how fun!) In a remake of a French silent film.

But as she begins filming, reality and the movie start the blend together. Pair that with a stubborn director, and there is a whole lot of tension on this set. So it’s a remake of a movie that’s based on making a remake of a movie. Follow?

Vikander stars alongside Rene Vidal, Jeanne Balibar, Devon Ross, Carrie Brownstein, and Fala Chen. The series comes from writer-director Olivier Assayas, who also serves as executive producer. Irma Vep airs on June 6th on HBO Max, and will have a premiere at Cannes prior to its release. Here is the official description:

Mira (Alicia Vikander) is an American movie star disillusioned by her career and a recent breakup, who comes to France to star as “Irma Vep” in a remake of the French silent film classic Les Vampires. Set against the backdrop of a lurid crime thriller, Mira struggles as the distinctions between herself and the character she plays begin to blur and merge. Irma Vep reveals to us the uncertain ground that lies at the border of fiction and reality, artifice and authenticity, art and life.