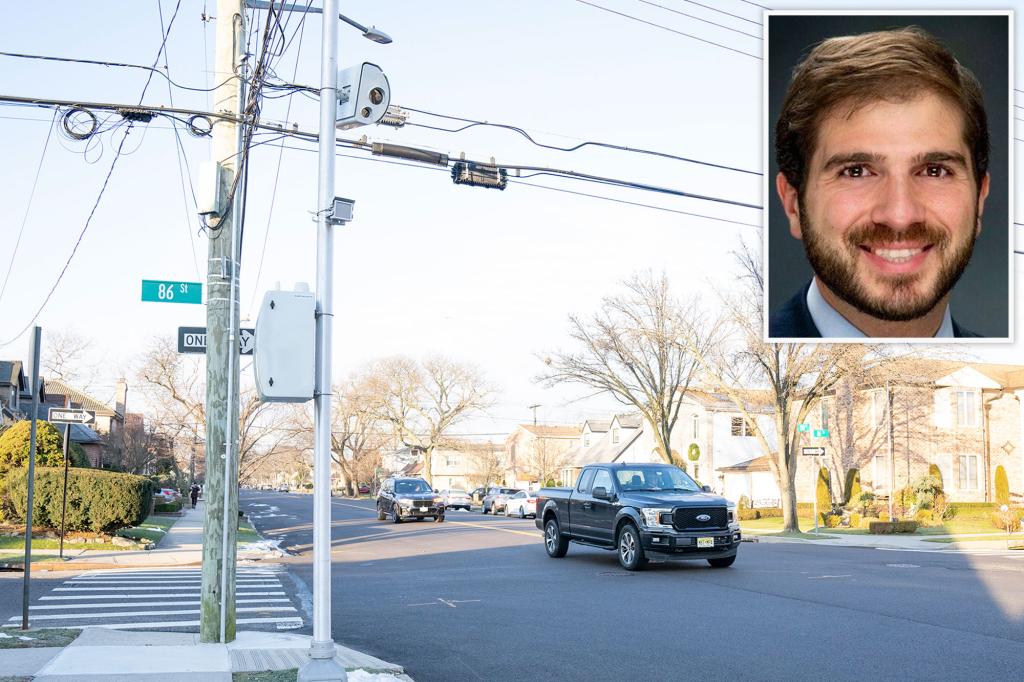 State lawmakers have finalized a deal that would extend and expand New York City’s speed camera program for three years – including keeping them on for 24 hours.

“We have finalized an agreement to renew the speed camera program and expand the hours to 24/7,” said state Sen. Andrew Gounardes (D-Brooklyn) who will be the new bill’s sponsor with Assemblywoman Deborah Glick (D-Manhattan) ushering it in the lower chamber.

The deal is slated to include a three-year extension of the program – which currently expires on June 30 – permitting the city’s Department of Transportation to place thousands of speed cameras around schools.

After three years, the city would have to appeal to Albany again.

It’s a partial victory for Mayor Eric Adams, who had sought an even larger expansion of the program to grant the Big Apple full control of the cameras, but that effort ultimately did not win wide support. He has also sought control and 24/7 operation of red-light cameras, but they are not being included in this deal.

The cameras, placed in 750 school zones, have proven to reduce driver speeding, but are severely restricted on when they can operate.

Under the current program, cameras must shut off from 10 pm to 6 am, and Albany legislators need to pass legislation authorizing their use.

Sources said the deal is likely to pass before the scheduled end of the state legislative session on June 2.

But the new plan would need approval from the City Council, which is presently divided on the issue. The City Council is aiming to hold a previously unscheduled session next week, in order to meet the June 2 deadline and pass a home-rule resolution, sources said.

Democratic City Council members argued about several measures earlier this week – including increased penalties for drivers who speed, where the revenue from the fines will go and complaints that the city Department of Transportation was being unresponsive to neighborhood-specific requests – but the measure will likely have enough votes to clear the chamber, people with knowledge told The Post.

Some council members, however, remain skeptical.

“How can you give a home rule for something that we don’t even know what it’s looking like?” said Queens Democrat Bob Holden. “DOT is an awful, awful agency, they’re not responsive when we give them ideas for calming traffic, speed bumps.”

“The concern is: the council might put this at risk of not passing,” said one council source who requested anonymity.

“You’re hitting this point now where procedurally, we also have to do something on this. Maybe we don’t pass this at all if the concerns are too real, ”the source added.