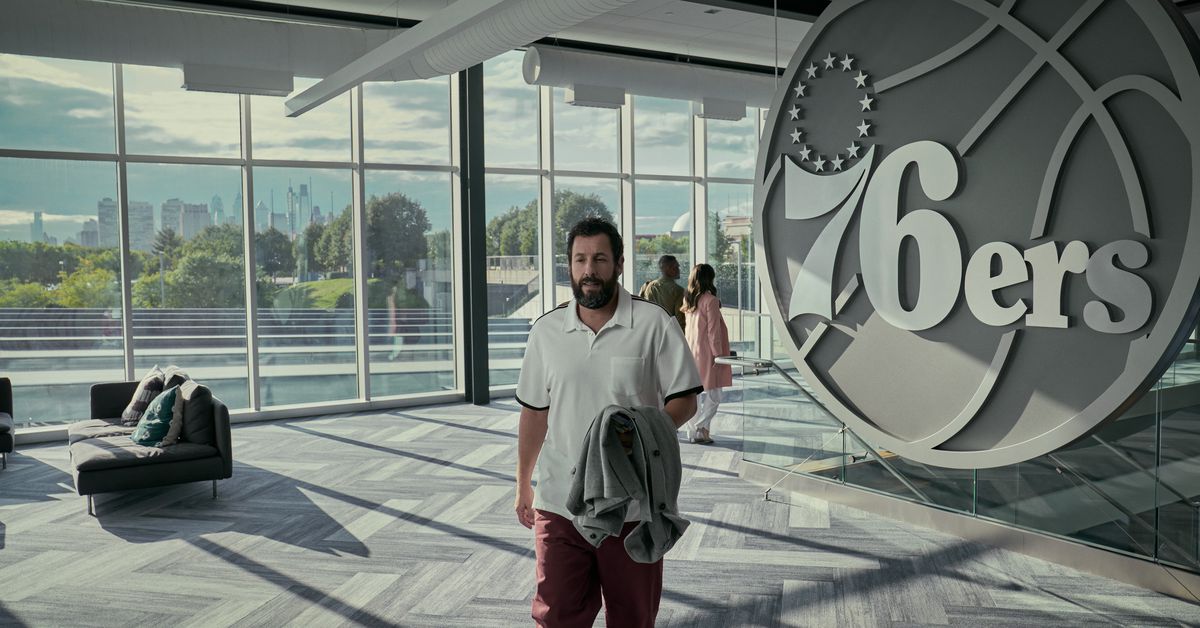 As all longtime fans of the The Sandman know, when Adam Sandler decides to take on one of his rare dramatic roles, it’s probably gonna be a good one. HustleNetflix’s upcoming sports drama from director Jeremiah Zagar (We the Animals) looks like the next showcase for Sandler’s considerable dramatic talents, as well as a movie made for fans of Philadelphia.

In Hustle, Sandler plays Stanley Sugarman, a talent scout for the Philadelphia 76ers who’s on the outs. He’s trying to get his name back on the market by finding the next big player abroad. Stanley thinks he might have a winner in Bo Cruz (Utah Jazz power forward Juancho Hernangómez), a Spanish phenom playing on the streets of his native country. Together, the two become an underdog pair in the hopes of both making it big in the NBA.

From the trailer, Hustle looks like it has potential as a good sports movie, a nice clear underdog story with room to veer outside of the familiar, with plenty of local Philly flavor. For his part, Sandler doesn’t appear to be as unhinged as his Uncut Gems The character, which is good for our collective blood pressure, although the film’s early June release date means Sixers fans might already be on edge, depending on how the next few days of Playoff hoops go.