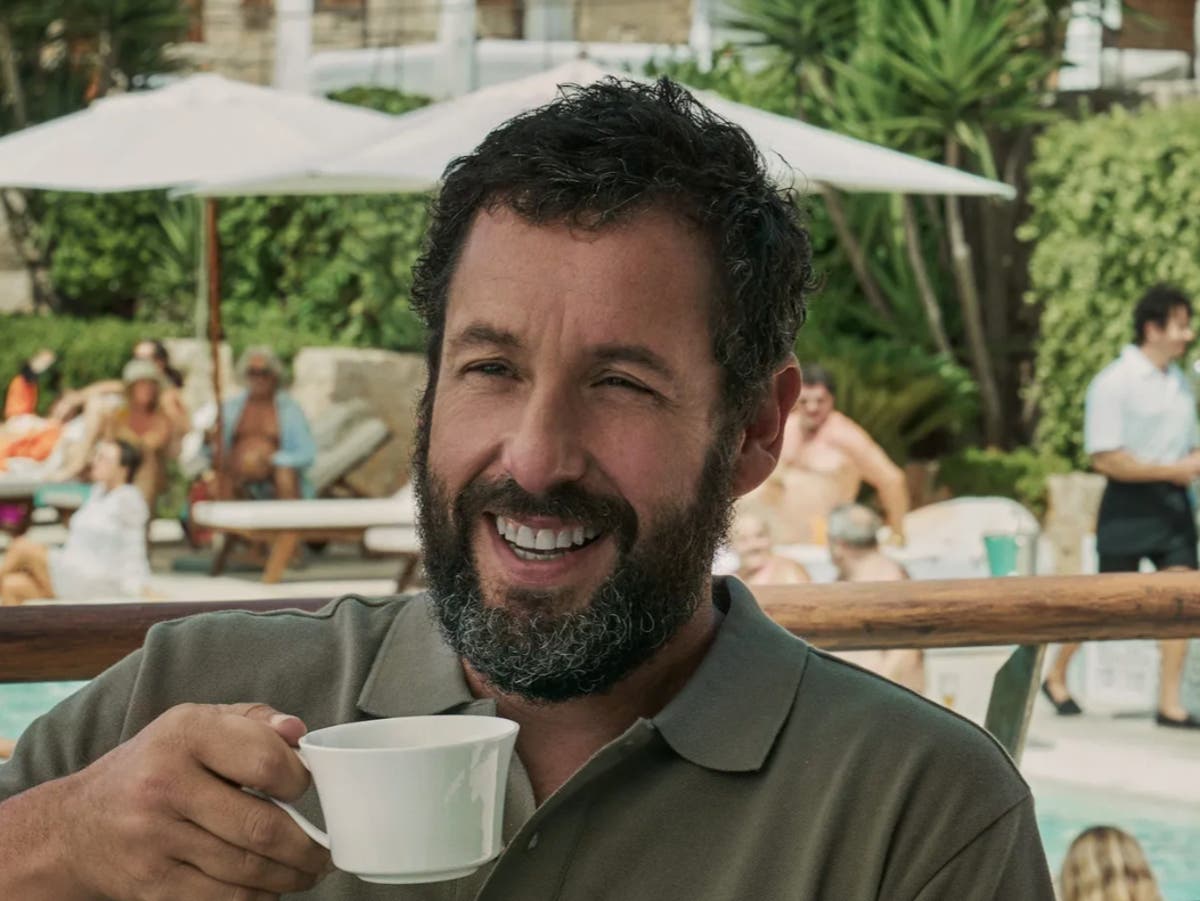 Adam Sandler has achieved yet another career first with his new Netflix movie.

The actor, who has a $ 350m (£ 199m) deal with the streaming service, appears in Hustlea sports drama in which he plays a basketball scout.

Sandler’s previous films for Netflix, including The Ridiculous 6, Sandy Wexler and Murder Mysterywere all torn apart by critics.

However, Hustle has seen Sandler receive some of the best reviews of his career to date and, shortly after the film’s release earlier this month, he broke an impressive Rotten Tomatoes record.

Excitingly for Sandler, Hustle is currently the feature film most liked by his fans; It is the highest-rated film of his entire career when judged by the audience score, which sits at 92 per cent.

This is followed up by Happy Gilmore (85 per cent) and Reign Over Me81 per cent – not including Sandler’s stand-up shows or documentary appearances.

Interestingly, though, the scores based on reviews from critics also sits at 92 per cent, making it a rare Sandler film that everybody is seeming to enjoy.

For example, even The Meyerowitz Stories (New and Selected) which is Sandler’s highest rated film by critics on Rotten Tomatoes, only has an audience score of 72 per cent.

Meanwhile, Uncut Gemswhich also has a critics score of 92 per cent, has a mere 52 per cent when judged by his fans.

Hustle is available to stream on Netflix now.

Another new film recently released on Netflix, titled Interceptorhas become the most-watched movie on the service, despite viewers calling it one of its “worst” ever, and following its success, its director Matthew Reilly has made a candid admission.

Meanwhile, over on Prime Video, an Andrew Garfield film that was branded “grotesque” after prompting festival walkouts has finally become available to watch.