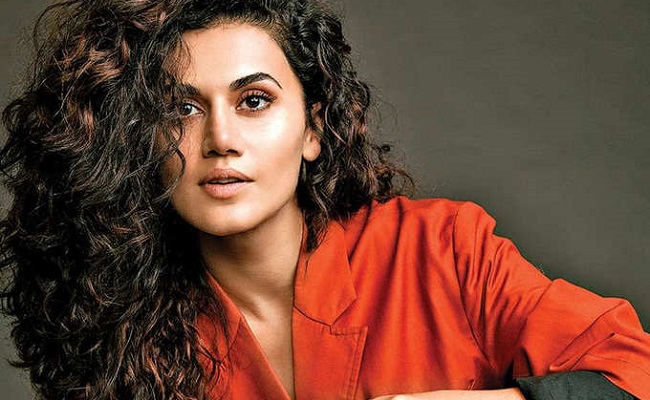 One should read between the lines to understand what exactly someone is conveying.

Actress Tapsee seems to be very upset with the audience who show partiality.

While speaking about pay parity in Bollywood, she said, “In Bollywood, the number of ‘bums on seats’ (how many people are coming in theaters to watch the film) is the criteria for an actor’s pay. For a female-driven film , audience will wait for word-of-mouth while there are advanced bookings for male stars “.

The actress conveys that ‘butts’ of audience decide the remuneration of artistes in film industry. In fact, what she said is true but very crude.

She feels bad for the audience for not showing the same type of craze for the lady oriented films. Indeed, the make domination is not in the film industry but in the minds of the audience across the nation.