A 26-year-old on track to make $200,000 from 2 remote jobs secretly squeezed into 40 hours explains how he gets away with it — and his ‘only Great Resignation regret’ 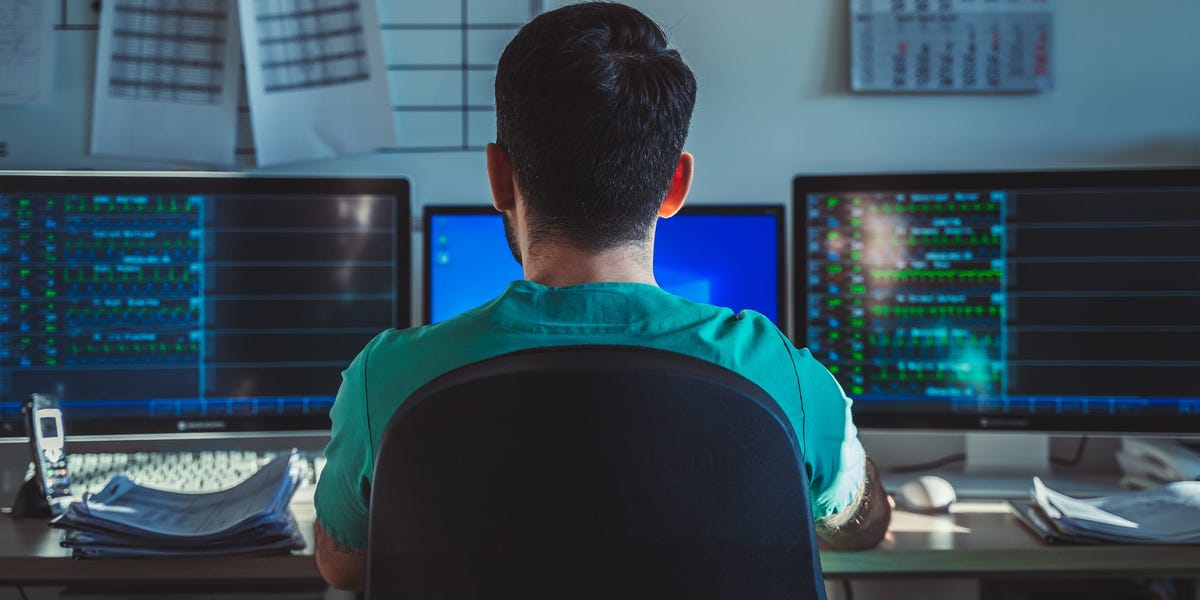 Fayette Woods, 26, says he needs two jobs to meet his financial goals, which include paying his wife’s college tuition, saving to retire at age 60, and keeping up with his bills during a time of four-decade-high inflation.

But Woods works both of his jobs during the same hours, and neither employer knows about the other.

“In this economy, you can’t get by with one income,” Woods said. He requested that his real name and employers be kept anonymous for privacy reasons, but his identity is known to Insider.

Woods, who is a full-time account manager at a software company, also sells furniture for a retailer. He said that working remotely for both jobs allows him to avoid getting caught – and that only became possible during the pandemic.

By working about 40 hours a week – while getting paid for 60 – Woods expects to see a salary jump of $ 40,000 this year. He is on track to make more than $ 160,000 at the software company this year, including commission, pay stubs viewed by Insider showed.

That’s opened new possibilities for Woods, who has paid off all his credit-card debt since he started working two jobs last November and plans to start his own business with the additional cash.

More Americans are finding it necessary to follow a path like Woods’ as the cost of living creeps higher and higher. In addition to the past year of record-high inflation, costs for housing, education, and healthcare have been on the rise for decades. And while the Great Resignation has forced companies to raise wages, it’s a drop in the bucket after decades of stagnant pay. To cope, some white-collar workers are secretly holding two remote jobs, with many earning between $ 200,000 and $ 600,000 a year, as originally reported by The Wall Street Journal.

“It sounds like it’s a lot of work, doing two jobs, and the first month is difficult because you have to figure out the balance,” he said. “But once you get through that phase, it just becomes a part of your day-to-day life.”

The science of choosing a second job

Woods said he realized his work at the software company didn’t fill a 40-hour week, and that he could spend time making money elsewhere.

Woods said there are two factors to consider when choosing a second job. First, make sure the timing of required tasks for each job doesn’t overlap. It’s also important that your second job isn’t so much additional work that you burn out.

He said he learned these lessons the hard way with his first attempt at a second job. Last November, he started working part time at an analytics firm in addition to the software job, but the analytics firm wanted him to make cold calls during times that interfered with his other job.

“I realized I shouldn’t just go after positions for money,” he said. “I needed to pursue my happiness as well.” He said he prefers the work-life balance at his current combination of jobs, where he does not have to take after-hours work calls.

He also said his system seemed like the best way to deal with rising costs all around him – namely record-high rent in the US.

The additional cash from his job at the analytics company meant Woods could clear the balance of his credit-card debt – more than $ 7,000, Insider verified. Before he got his second job, he said, he’d only been able to pay the interest every month. With the additional income, he was finally able to tackle the principal debt.

A second job also means he and his wife can afford 2,000 in rent on a four-bedroom apartment. And having children is something they’re more comfortable with now that they have more savings.

Woods said it’s manageable because the tasks for his job at the retailer fit between the duties for his full-time position. He makes five phone calls an hour selling furniture, and he controls his hours at the software company. It also helps that he doesn’t have daily meetings.

But it doesn’t mean he hasn’t had close calls.

When Woods juggled the previous part-time job at the analytics firm, he said, he would sometimes have to be at two meetings at the same time, with his camera and microphone off and using two sets of headphones.

One time, one of his bosses tried to call while he was talking to his manager at the other company.

“I was able to say I was having technical problems on Zoom,” he said. “If I was working in the office, I wouldn’t be able to do this at all.”

Woods said it’s important not to be particular about prestige at a second job. What’s more important is a work-life balance and a work-work balance, he added.

“My advice is to just make sure you build up a schedule and stick to it, and swallow your pride and take that extra $ 15 an hour,” he said.

Woods said his one “Great Resignation regret” while job-hopping was “just going after a higher paycheck” when he briefly quit his job at the software company in 2020 to work at JPMorgan. He was laid off after six months and returned to the software company, which he said was “a blessing in disguise.”

“Certain companies expect a lot out of you and look good on paper,” he said. “Instead of leaving a job you like, add a second job,” he advised. His feelings echo those of many workers who have quit their jobs over the past year for better pay, only to eventually leave their new positions, too.

Woods said being overqualified for his retail job makes it easy.

“I have 10 years of sales experience, so I could go look for another high-caliber job,” he said. “But a lot more stress comes with one.”

But moonlighting as a furniture seller doesn’t inspire those feelings in him.

“It’s the equivalent of LeBron James picking up a game of 21 at a community college – a little work here, but not that much,” he said. “And I’m really successful at it.”