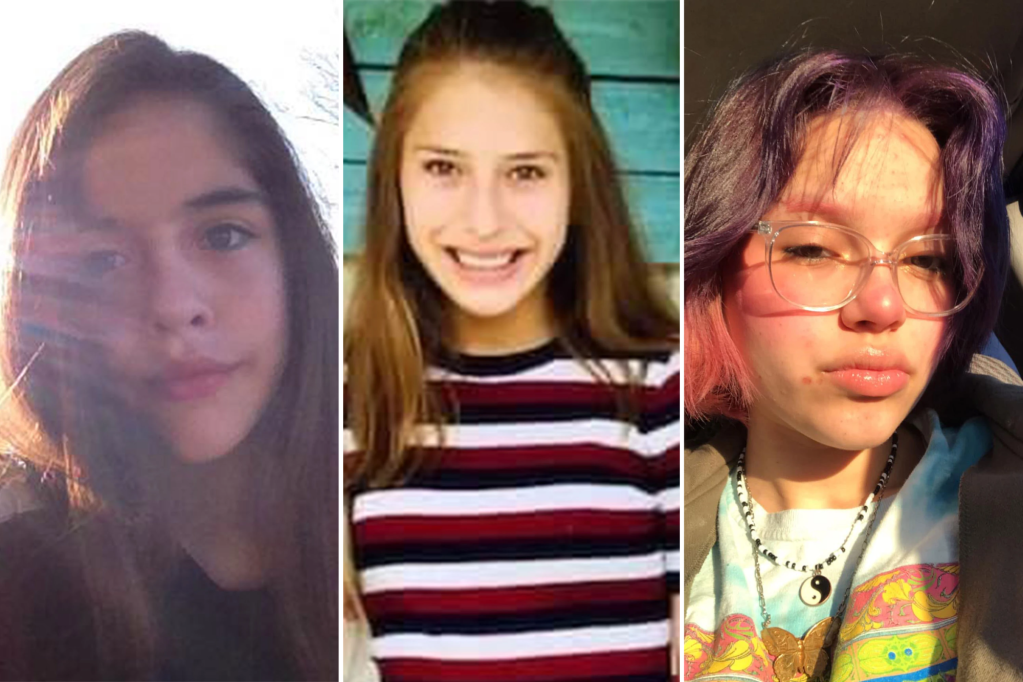 The six high school girls who were killed in a crash with a semi-truck in Oklahoma on Tuesday afternoon have been identified in a new report.

The teens, who range in age from 15 to 17, were packed into a four-seat compact car that was obliterated by the semi-truck in Tishomingo.

It was unclear who the 16-year-old driver was, but only she and her 17-year-old front-seat passenger were wearing seatbelts, according to an Oklahoma Highway Patrol crash report obtained by The Post.

The driver of the truck, Valendon Burton, 51, was wearing a seatbelt and was not injured in the wreck, the cause of which remains under investigation.

No criminal charges have been filed in the crash, OHP spokeswoman Sarah Stewart said.

All the teenage victims attended the tight-knit Tishomingo High School, which has enrolled only 240 students.

The mood at the school, located 45 miles north of Texas, was somber Wednesday, Superintendent Bobby Waitman told The Post.

“We are open because we feel like the school is a place where many of our students want to be and we feel like they need something constant in their lives,” Waitman said. “Many of them need to be with each other today.”

Waitman did not confirm the girl’s identities, but said they were well-known by fellow students and involved in many activities.

“They were known, they weren’t just a number,” Waitman said. “They were not just another student. These young people were loved by this community, and their loss is a great one to everyone involved. “

Triplett was an “amazing kid” and “one hell of a.” [soft] ball player, ”according to an online fundraiser to pay for funeral expenses.

Holt was active in Future Farmers of America and enjoyed showing off her prized hogs, the Mail reported.

A vigil for the students was scheduled at the high school on Friday, according to the report.