3 Rangers to Watch in the 2022 Playoff Stretch

Home /Sports/3 Rangers to Watch in the 2022 Playoff Stretch 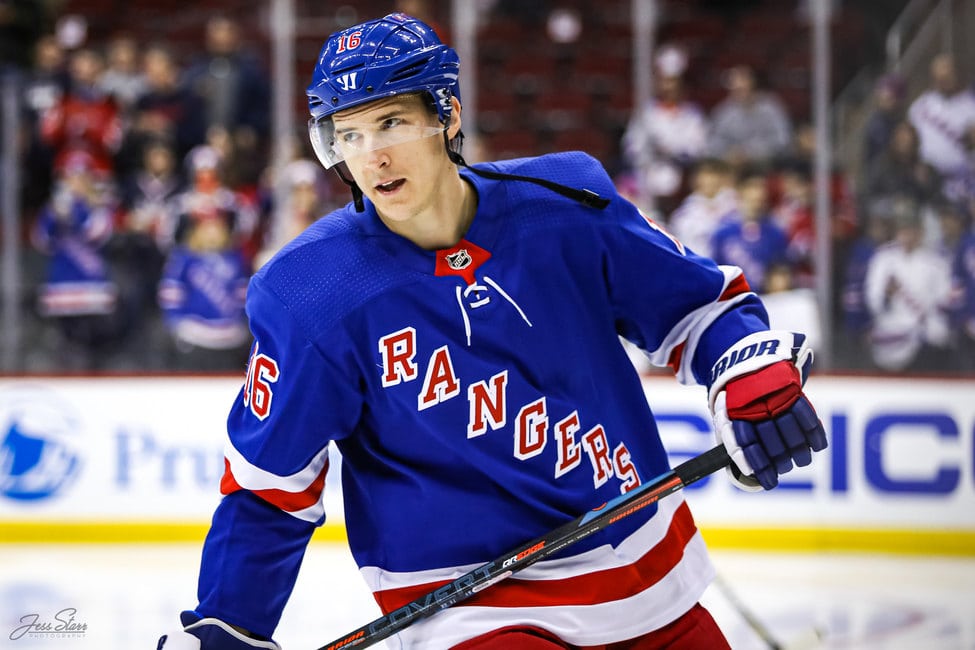 The New York Rangers continue to be on their way to clinching a postseason spot after a victory over the Pittsburgh Penguins on March 25. The Rangers’ new additions at the NHL trade deadline of Andrew Copp, Tyler Motte, Frank Vatrano, and Justin Braun are fitting in well with the rest of the lineup. Copp has points in two of his games played with his new team and Vatrano is holding his own playing with Artemi Panarin and Ryan Strome.

With the season concluding in a month, teams have players to keep an eye on in regards to their futures with their respective organizations. The Rangers have their share of players who will be free agents or who are possible trade candidates during the offseason. The final month for these players is significant pertaining to having a strong finish in preparation for the postseason. Here are three Rangers to watch in the 2022 playoff stretch.

Ryan Strome is an under-the-radar player in that his production has remained steady. He is not referred to as one of the top core players along with Igor Shesterkin, Mika Zibanejad, Adam Fox, Artemi Panarin, and Chris Kreider. However, he has excelled in a secondary role for the Rangers playing with Panarin along with being featured on New York’s first power-play (PP) unit.

The Rangers’ second-line center will be an unrestricted free agent (UFA) at the end of 2021-22. Panarin is accustomed to playing with the Mississauga, Ontario native and does not want him to leave the franchise. While Strome likes being a Ranger, the NHL is a business and the 28-year-old center will seek what he believes to be worth. He and general manager (GM) Chris Drury might be unable to reach a contract agreement. The GM may also prefer to acquire another center in free agency or via trade.

The Rangers do not have a lot of cap space for 2022-23 as the extensions for Fox and Zibanejad begin next year. They have some notable restricted free agents (RFA) during the next few offseasons in Kaapo Kakko, Alexis Lafreniere, Filip Chytil, and K’Andre Miller. Given that the Rangers are frequently involved in rumors as a trade destination for top players, there will be speculation if Drury will make a blockbuster trade during the summer. Many GMs will have an interest in acquiring the Rangers’ young players or their prospects with the Hartford Wolf Pack of the American Hockey League (AHL).

With the progression of Lafreniere along with the presumption the Rangers want to keep Kakko, there is doubt if Strome will remain with New York. If he is looking for a higher average annual value (AAV) than his current $ 4.5 million, Drury will have some difficult decisions to make. The decisions revolve around whether to move on from the Rangers’ second-line center or perhaps some of the younger players such as Kakko or Chytil in order to re-sign him.

Kakko has been on injured reserve (IR) with an upper-body injury since Jan. 22. The latest update is that he will remain out until April. He had been skating on the line with Panarin and Strome before his injury. Head coach Gerard Gallant may prefer to give him limited ice time in the bottom six upon his return in order to get him re-acclimated to playing.

Depending upon if Gallant prefers to keep Lafreniere and Vatrano in the top six, Kakko may be playing more on the bottom two lines. Lafreniere and Vatrano each provide more offensive upside than Kakko. Given he has missed a significant amount of time, along with the Rangers’ acquisitions at the trade deadline, his role on the team is to be determined.

A possible number of Drury may offer in an extension to Kakko is $ 2.3 million AAV, which is how much Chytil is earning. A $ 2-2.5 million AAV over the following three years is an affordable contract for the Rangers. The AAV gives the Rangers flexibility regarding whether they want to offer him another extension based on his performance over the next few seasons.

Based upon where he was playing before his injury, he will split time between the Strome-Panarin line and the third line, which may consist of a combination of Kakko and Copp along with Chytil or Barclay Goodrow at center. The season’s final month and postseason will be important for Kakko to perform well, no matter who his linemates are.

Lafreniere has filled in well at right wing on the first line. His preferred position is left-wing and the Rangers have premier forwards on the left side in Kreider and Panarin. Due to the new additions and his lack of experience compared to some of his fellow players, Gallant moved him back to the third line where he could play his natural position.

Gallant commented on his decision, “I just wanted to put him back at the left wing. He’s a 20-year-old kid that’s played good hockey and has gotten some points for us. But with the new guys coming in you want to change the make-up a little bit and we’ll see where it goes. “

Lafreniere has shown progress as the season has continued. He still remains several years away from the prime of his career. The experience of playing on the first and second lines has improved his game offensively by being paired with some of the Rangers’ best offensive players.

Several of his assists lately have come from opportunities to play with Kreider and Zibanejad. Due to the production he had playing on the first line, Gallant may have him play right wing on the line again if the team suffers more injuries. With Copp, Vatrano, and Motte on the team along with the pending returns of Kakko and Kevin Rooney, Lafreniere will be playing his natural position of left-wing more frequently. His increased offensive production would be a boost to the team so the Rangers are not strictly relying on Kreider, Panarin, and Zibanejad to score goals in the playoffs.

The Rangers added depth after the deadline, a need of the team for some time. Gallant has 17 more games to figure out what line combinations work best as the postseason is on the horizon. Strome, Kakko, and Lafreniere all figure to play supporting roles in the Rangers’ success. Strome and Kakko need to have strong play the rest of the way as it would raise the possibilities they both return to the Rangers next season. Lafreniere has an opportunity to finish the year well and compete for a bigger role on the team in 2022-23 too.

Matt covers the Philadelphia Flyers, New York Rangers, and New Jersey Devils and has previously contributed content about the Pittsburgh Penguins for The Hockey Writers. For interview and podcast requests, follow Matt on Twitter that appears at the end of his articles.