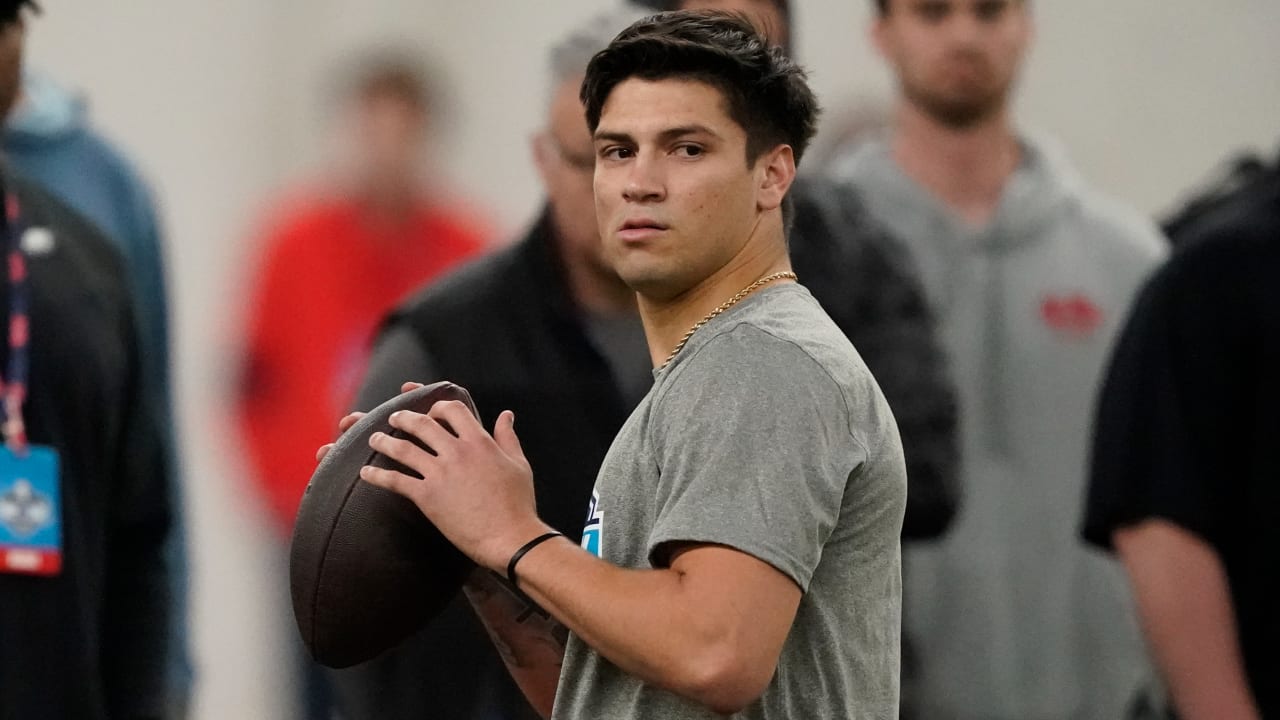 1) We finally got a chance to see Matt Corral throw, and he didn’t disappoint. Corral’s workout showed off his compact, lightning-quick release, and he let it rip downfield a few times, dropping one over the shoulder of his receiver, then placing a back-corner fade on the right shoulder of his target in a red-zone. session. He was accurate for the majority of his workout and his athleticism was evident in the twitchy bounce of his footwork. Corral’s teammates didn’t always help him out, dropping a few catchable passes and running the wrong route on one snap, but all in all, the workout was solid.

2) Most importantly, Corral looked healthy. There weren’t any visible signs of limitations caused by the high ankle sprain he suffered in Ole Miss’ Sugar Bowl appearance, which prevented him from working out at the NFL Scouting Combine earlier this month. Instead of being hampered by the injury, Corral looked comfortable and confident, delivering on-target passes and moving with ease. That should alleviate, if not eliminate, any concerns about his health entering the draft.

3) A familiar, quarterback-needy contingency showed up in Oxford, Mississippi. GM-HC duos from Carolina (Scott Fitterer, Matt Rhule), Pittsburgh (Kevin Colbert, Mike Tomlin) and Atlanta (Terry Fontenot, Arthur Smith) were in attendance for Ole Miss’ pro day, per NFL Network’s Cameron Wolfe. Rhule was front and center, taking a close look at Corral throughout his workout, while Tomlin took some time to chat with Corral prior to his workout.