DC Mayor Muriel Bowser speaks to Fox 5 in response to two buses of migrants arriving Thursday morning outside the residence of Vice President Kamala Harris at the Naval Observatory in Washington, DC

About 100 migrants, mainly from Venezuela, arrived just before 7 a.m. from the Del Rio, Texas area and were dropped off outside the US Naval Observatory, Harris’ official residence, near the main guard gate.

Fox News reporter Griff Jenkins was there when Secret Service agents arrived at the gate, while migrants stood outside with their bags of luggage before heading to a nearby church.

FOX 5 spoke to DC Mayor Muriel Bowser on Thursday about the situation.

“Well, you’ve heard me say throughout this experience since April that we have a national problem that requires a national response,” Bowser said. “We’re going to do everything we can in DC to make sure people have a humane welcome and transfer to their final destination. But we see this problem getting worse in the coming months.”

“I know what we’re dealing with,” Bowser said, adding that the experience has given him a better understanding of what is being done elsewhere in the country. “I’ve chosen to make sure that DC residents have what they need and that our systems can support our needs. When we have an emergency we set up an emergency response. And that’s what we do.” We’re doing it to focus on what’s coming our way.”

“For me, there has to be a political debate about immigration. What I want to say is that we have to have a system that makes sense, it’s fair, and that gives people a path to citizenship. Those who are here. And that is something that the Congress and the President have to handle.”

“For mayors like me who are dealing with a crisis — not for our making. And we’re not a border city — we don’t have the infrastructure to handle this level of immigration in our city. But we’re looking to create a new normal.” We’ll make more people here in our infrastructure to have a more humane welcome and an efficient service provision. But we don’t have the capability – we’re not Texas.”

“I’m pretty sure they understand and see the situation very clearly,” Bowser said when asked if he thought the situation would make the Biden administration look at the immigration problem more clearly. “All the lawmakers here – and the lawmakers in their homes in Texas or Arizona – they need to understand that we need a system – an immigration system – that works. It is fair at the border, but with millions of people. Also dealing with those who live here who need a way to citizenship.”

Fox News reports that two buses of migrants arrived outside the residence of Vice President Kamala Harris at the Naval Observatory in Washington DC on Thursday morning. 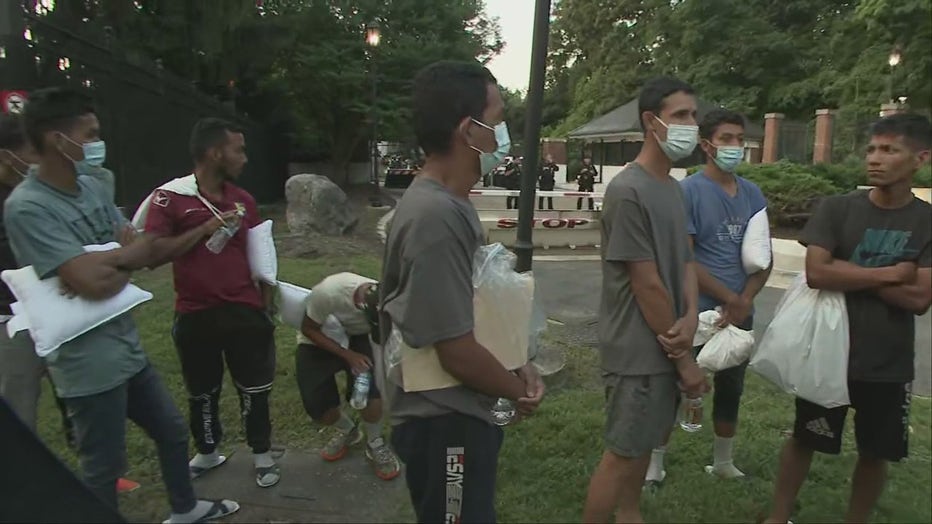 In August, Bowser wrote a letter to Secretary of Defense Lloyd Austin, requesting for a second time that 150 DC National Guard members be stationed in the nation’s capital to assist with the arrival of migrants. 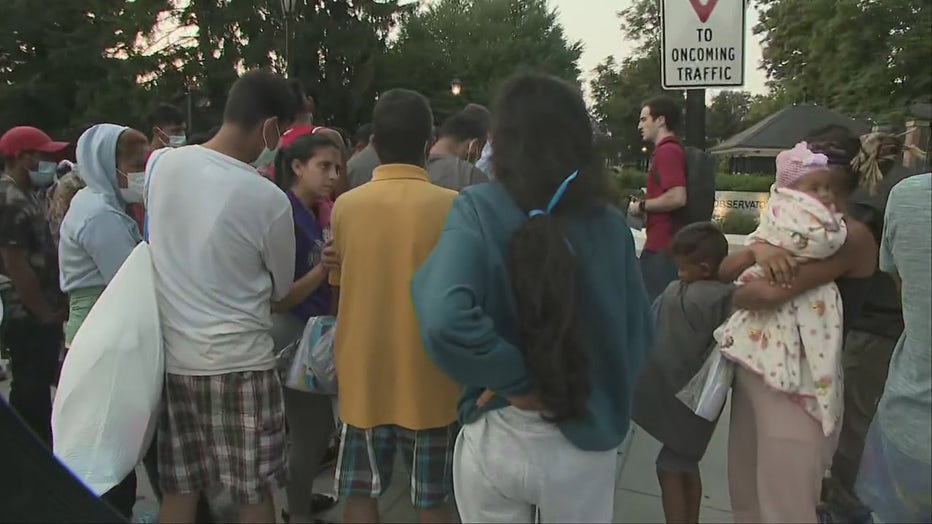