15 surprising things you might not know about Lady Gaga 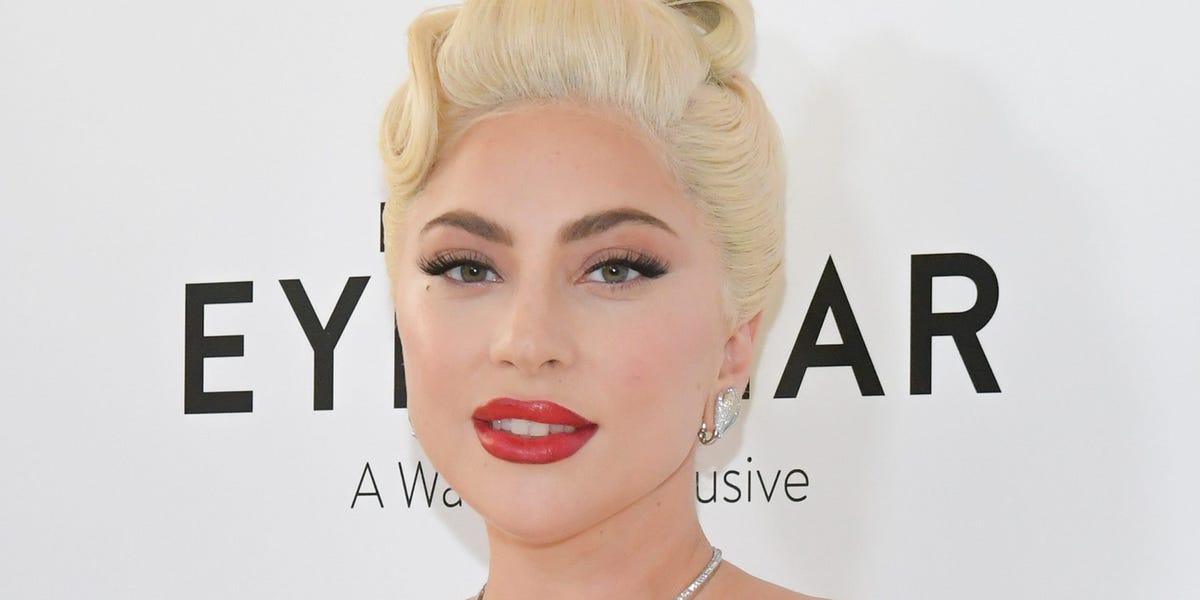 Her middle name, Joanne, was given to her in honor of her aunt who died before Gaga was born.

It also inspired the title and essence of her fifth album, “Joanne,” which was released in 2016.

Her stage name comes from a famous Queen song.

The singer’s stage name was inspired by Queen’s 1984 hit “Radio Ga Ga.” However, there is confusion over who came up with the name.

Originally, the singer said that “Gaga” was a nickname her friends called her. But in 2010, she told Flybe Magazine that her former producer and boyfriend Rob Fusari (pictured) first called her Gaga, and that the singer then came up with her stage name, as per Insider.

After a tumultuous split – romantically and professionally – Fusari claimed that the name came about when he texted “Radio Gaga” and it autocorrected to “Lady Gaga,” which prompted Gaga to take on the name.

She learned piano at a young age and took lessons from Christina Aguilera’s vocal coach.

Gaga started learning and growing musically at a young age. At just 4, her mother made her play the piano daily, and the star-to-be taught herself.

Then by fate, legendary vocal coach Don Lawrence’s nephew heard Gaga singing in a store at just 13 years old and connected the two. Lawrence was a coach to stars like Christina Aguilera and Alicia Keys.

While Lawrence was apprehensive to take the young singer on, he gave her a chance. Gaga has been training under him ever since.

Lady Gaga’s debut acting credit was in an episode of the Sopranos at age 15.

Although Gaga is known for her acclaimed roles in “American Horror Story,” “A Star is Born,” and “House of Gucci,” she made a TV appearance much earlier.

At 15 years old, Gaga – credited as Stefani Germanotta – played “Girl at Swimming Pool #2” in a season three episode of “The Sopranos.”

In 2021, she told Entertainment Weekly of the experience, “I didn’t know how to listen in a scene. I was supposed to laugh […] I see it and I go, ‘oh, that’s not a real laugh,'” Insider previously reported.

She was admitted into NYU but quickly dropped out of the school.

The singer was admitted into NYU’s Tisch School of the Arts as a rare early acceptance student. However, at 19, she dropped out.

“I loved NYU, but I thought I could teach myself about art better than the school could,” she told Elle in 2009.

After dropping out, she moved back to her parents’ house.

Out of school, she stripped as part of a duo and performed cover songs.

After moving home, to support herself, she worked as a waitress in an Upper East Side diner and a stripper in the Lower East Side.

When she stripped, she was part of the duo “Lady Gaga and the Starlight Revue,” where they performed ’70s and ’80s cover songs.

She was mistaken for Amy Winehouse so frequently that she dyed her hair platinum blonde.

Gaga was originally a brunette … and constantly mistaken for Amy Winehouse.

“I was nobody when she was first coming out. I would be on the street and people would go ‘Amy!’ I just remember feeling like I wasn’t alone because she was so different,” she told a radio station.

While she was honored, it also pushed her to dye her hair and create a signature look.

Gaga wrote songs for famous artists before Akon heard her sing and signed her.

At 19 years old, Gaga was signed by Def Jam Records. However, they quickly dropped her.

Her then-boyfriend Fusari then got her a job at Interscope Records in 2008 co-writing songs for other artists. This included pieces for Britney Spears, Fergie, The Pussycat Dolls, and New Kids on the Block.

When she was singing a reference vocal, Akon – singer and owner of the KonLive label under Interscope – heard her and signed her himself, according to Mic.

Two of her songs are certified diamond, an honor only 74 songs have achieved in history.

The singing sensation can count herself as a member of a prestigious group of artists whose songs have been certified diamond; only 74 songs have achieved this.

The Recording Industry Association of America gives these certifications to songs that have gone platinum 10 times, passing 10 million sales and streams.

The singer suffers from fibromyalgia and had to cancel a tour because of the pain.

The singer suffers from fibromyalgia, “a condition that causes pain all over the body (also referred to as widespread pain), sleep problems, fatigue, and often emotional and mental distress,” according to the Centers for Disease Control and Prevention.

Gaga opened up to her fans about the long-term condition, with the effects on her body and mind also shown in her 2017 documentary, “Gaga: Five Foot Two.”

Around the same time that the documentary was released, Gaga had to cancel the European leg of her “Joanne” tour due to fibromyalgia-related pain.

Elton John and David Furnish have two sons, Zachary and Elijah. Friends with the couple, Gaga was honored with being named both children’s godmother.

In a radio interview with Heart, Elton John revealed, “She bathes them, she sings to them, she reads stories to them. She’s the greatest godmother. She really cares.”

He added that his children call her “GaGa-mother” and are big fans of the singer and her music.

Lady Gaga jumped on the celebrity makeup brand-wagon when she came out with HAUS Laboratories in 2019. This venture was fitting though since Gaga has had many signature, artistic makeup looks throughout her career and performances.

Her line includes products and palettes with names inspired by her music catalog, like “Fame” and “Stupid Love.”

Lady Gaga was the first woman to win at all five major award shows in the same season.

2019 was a groundbreaking year for Gaga after the release of her film “A Star is Born” and its chart-topping soundtrack and song “Shallow.” Gaga became the first woman to win awards from the five major award shows within the same year, according to the National Post.

First, at the Golden Globes, Gaga won best original song for a motion picture for “Shallow.” Then at the Critics’ Choice Awards, she again won best song for “Shallow.” She also tied for best actress with Glenn Close, who won for her film “The Wife.”

At the Grammys, Gaga and Bradley Cooper won for best pop duo/group performance of the year. Gaga also won in the category of best song written for visual media with her co-writers.

In the last two major award shows of the season, Gaga accepted the award for best film music for “A Star is Born” at the BAFTAs and an Oscar for best original song for “Shallow” at the Academy Awards. Her Oscar solidified her groundbreaking year’s accomplishments.

She wore a bulletproof dress when she performed at Joe Biden’s inauguration.

Lady Gaga performed at Joe Biden’s inauguration in 2021. Singing “The Star-Spangled Banner,” Gaga showed out in a stunning and dramatic blue and red gown by Schiaparelli. The singer revealed to British Vogue in an interview that her dress was bulletproof.

In a followup interview with Stephen Colbert, Gaga expressed that the safety precaution was due to the January 6 insurrection at the Capitol, as per CNET.

“As a performer I understand that I put myself in all types of dangerous situations in order to do what I love,” she said. She incorporated the bulletproof vest “so that my mom and my dad and my sister would feel confident.”

In the same British Vogue interview, after discussing her inauguration dress, Gaga revealed, “I don’t know if people know this about me, but if I weren’t who I am today, I would have been a combat journalist.”

The singer added, “When I was at the Capitol, the day before the inauguration, I remember walking around and looking for evidence of the insurrection.”

Fans were shocked and pleased by their idol’s former war correspondent dreams.

Ernesto Castro
Giants sign another offensive lineman in free agency, this one with ties to the Cardinals and Broncos
This Sweet Oscars Moment Between A ‘Minari’ Star & ‘Coda’ Winner Made Twitter Sob