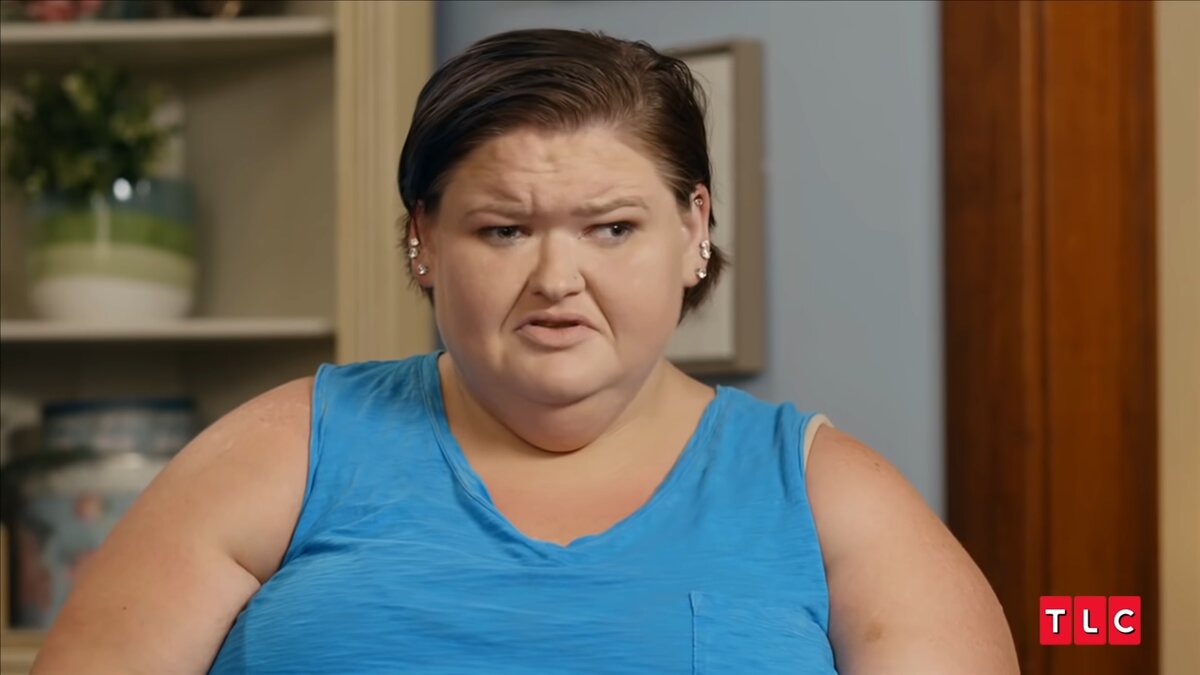 Amy Slaton is defending herself against mom shamers who think her home is unclean and messy.

The 1000-Lb. Sisters star often shares personal moments of her life on her social media pages. While some fans love seeing the updates of her son, Gage, and the new milestones he is reaching, others take her posts as an opportunity to criticize her lifestyle.

Typically, Amy doesn’t respond to the hate. However, it appears the reality personality is ready to shut down the critics once and for all.

Amy Slaton gets accusations that her home is dirty

In a recent Instagram post, Amy received some heat from users who felts that her home was less than tidy.

She shared photos of her 16-month-old son, Gage, playing on the floor as she sat close by. The pictures appeared to be innocent until some commenters began pointing out things in the background.

Initially, one user criticized Amy’s ability to keep her home clean. They wrote, “I hope your keeping this house clean, zoomed in and don’t look great !!!”

Another critic followed by saying, “Amy, you have your own home. You should keep it clean for your son. Cleanliness is next to Godliness as they say. ”

When looking at the pictures, viewers can see an opened Amazon box on the floor that is next to a shoe and what looks to be a blanket or an article of clothing. It also appears that a handful of toys are on the floor in the background.

One comment, however, seemed to stand out to Amy, causing her to respond. The user wrote, “Is that the toilet brush in the background lol come on now Amy your supposed to be doing better lol.”

The comment caused Amy to make a follow-up post days later to clarify that her home is not messy.

Amy Slaton responds to the haters

In a separate post, Amy shared the same pictures. This time she zoomed in to show that what the critic thought was a toilet brush was actually a toy for Gage.

She captioned the post saying, “Not a toilet bowl brush is literally a marshmallow on a stick from a campfire toy set !!! Wow. ”

This is not the first time Amy has chosen to address the way she lives. An episode during Season 3 of 1000-Lb. Sisters showed her working with a professional cleaning service to organize her home.

In the episode, Amy shared that she did her best to keep a clean home, but was not taught proper cleanliness as a child. She said that because of that, she wanted to make sure her children did not grow up the same way.

She also mentioned getting lots of mean comments and hate from strangers online because of this. And while it is not in her nature to focus on the negativity, Amy wants fans to know she is doing her best to provide a safe space for her family.

1000-Lb. Sisters is currently on hiatus.

Ashley is a Texas-based freelance writer who enjoys all things reality tv. In her free time, she enjoys trying new restaurants, rewatching The Office, and collecting Funko Pop figurines.

Janice Shirey
NATO, explained: Why the alliance was formed — and what it’s doing for Ukraine
Source: Blazers Are “Front Runners” For Jerami Grant