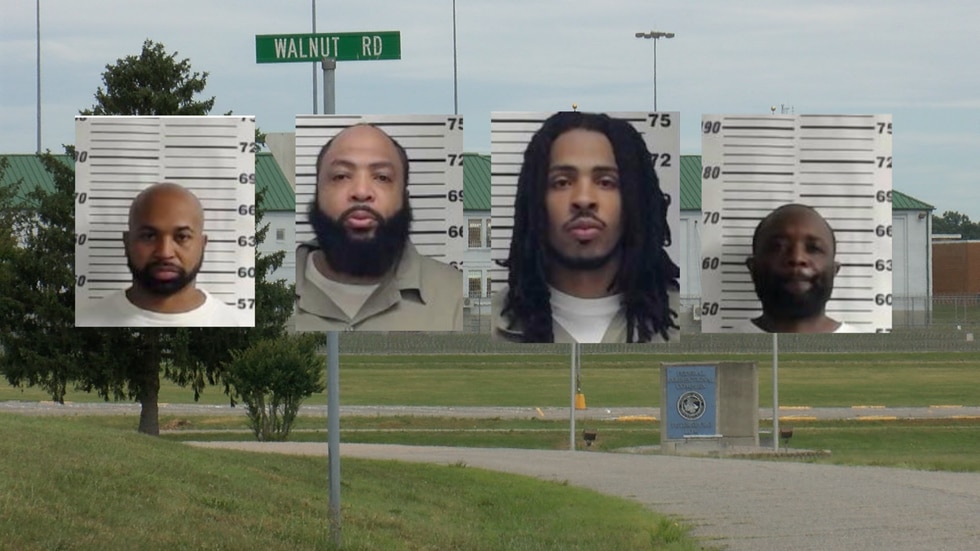 PRINCE GEORGE, Va. (WWBT) – On Monday, the US Marshals Service said one inmate that left a satellite prison camp in Prince George County turned himself in, and the three other inmates are still missing.

“He was observed by correctional officers at the low security,” said Connolly. “He walked up to them and said, ‘I’m Tavares Graham.'”

On Saturday, June 18, at approximately 1:45 am, officials with the Federal Correctional Complex (FCC) in Petersburg said Corey Branch, Tavares Graham, Lamonte Willis and Kareem Shaw “walked away” in the early hours of the morning.

“They were not where they were supposed to be during one of the counts Friday night, and they were all put on escape status,” Connolly said.

The search continues for Corey Branch, Lamonte Willis and Kareem Shaw. When NBC12 asked Connolly if these men posed a threat to the community, Connolly said he didn’t believe so.

“These were folks who were already working in the community during the day, sort of trustees. So, this is not an over-the-wall, over-the-fence situation. We do take it seriously. “

Graham, 44, was sentenced to 10 years for possession with intent to distribute over 500 grams of cocaine and 28 grams or more of cocaine base, as well as possession of a firearm.

Branch, 41, is described as a black male with black hair and brown eyes, standing at 5′8, weighing approximately 200 lbs. He was sentenced to 13 years on charges of fentanyl distribution and felony firearm possession charges.

Willis, 30, is described as a black man with brown eyes, 6′2 ″ tall, weighing approximately 165 lbs. He was sentenced to 18 years for possessing and concealing a stolen firearm and possessing a firearm by a convicted felon.

Shaw, 46, is described as a black man with black hair, brown eyes, 5′8 ′ tall, weighing approximately 167 lbs. He was sentenced to 16 years for conspiracy to possess with intent to distribute heroin.

Connolly also said these men could face more time behind bars with charges of federal escape, which could be punishable by up to five years behind bars.

“If they’re hearing this or reading this and they want to surrender themselves, we will certainly take that into consideration with the US Attorney’s Office,” Connolly said.

The United States Marshals Service, Federal Bureau of Investigation and other law enforcement agencies were notified, and an internal investigation was initiated. No details have been released in terms of how the men were able to walk away from the facility.

Anyone with information about these men should contact the United States Marshals Service at 804-545-8501.